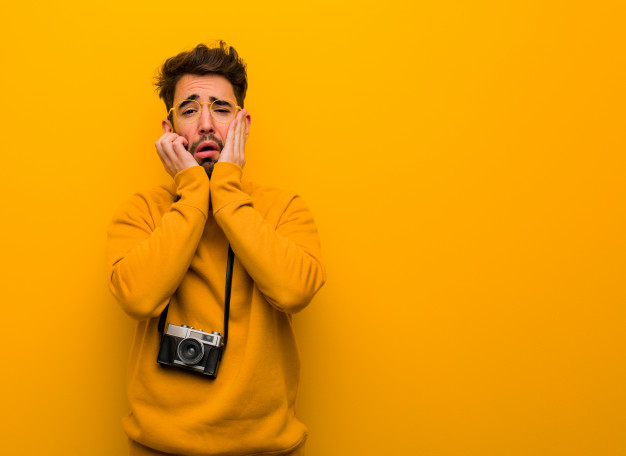 In the 20th century, when film was king and digital had not yet arrived, printed magazines such as Time, Newsweek, National Geographic, and the Sunday glossies were the primary means by which the general public saw great photographs. In the 21st century, magazine publishing has gone the same way as film emulsions, and the role and business model of the professional photographer have changed forever.

In the last century the great photographers typically worked for the elite agencies like Magnum, Reuters, or AP, or for the giants of the print circulation market like National Geographic, and the national newspapers. They would be paid top dollar for complex assignments and often enjoyed global travel and some level of prestige and fame. The equipment they used was often prohibitively expensive and far more complex than the average consumer could either afford or operate. And of course the other classics of professional photography as a career, fashion, corporate, real estate, portraiture and weddings also commanded high prices and steady income.

To supplement that, pro photographers could make a good income by taking stock shots of everything from travel scenes to pictures of executives staring at computers or attractive housewives brushing their teeth. Stock photography agencies provided an income stream for thousands of photographers around the world and broadened out the market for professional photography.

Digitisation of both the camera and the print marketplace has hugely changed this, and the landscape in 2020 is remarkably different. Although the travel magazines still continue, their circulations are absolutely tiny compared to their heyday. Like almost every other traveler, I would never dream of buying a magazine on the subject.

Almost everything is on the internet

The huge explosion this century of firstly compact digital cameras, then phone cameras and low price consumer digital system cameras has meant that almost everybody these days can take a pretty good photograph in every single situation. Statistics have become meaningless on this, as the numbers are so large, but current estimates are that around 1.4 trillion photographs are taken daily and these are all stored somewhere, on a phone or PC.

A huge percentage of these subsequently get uploaded. Over 4 trillion photos are stored in Google Photos, and every week 28 billion new photos and videos are uploaded there. Most of these are never seen again, but a huge number get shown to others, something like 350 million a day to Facebook along along with 9 million a day to Instagram. Almost all of these are at an amateur level, but more serious photography that genuinely competes with the work of professionals is uploaded by a sizable proportion of the billion Instagram account holders or the 100 million Flickr account holders. Flickr while gradually declining, still holds around 10 billion images and many of these are of an extraordinarily high quality. It’s literally not possible to come up with an original image anymore more because so many variations and permutations in so many situations have already been taken and are sitting there available on the web. Despite the ephemeral nature of the internet it in fact provides a far more lasting record than print magazines most of which ended up being thrown into the dustbin once they took up too much space.

The massive improvement in high end digital camera technology driven largely by Sony means that a fully professional system is available to anybody at a price of around $2000-$3,000. Drones costing under $1,000 can take overhead shots that used to require renting a helicopter and crew. Literally thousands of free training videos and guides are available online, via websites or latterly, YouTube, showing new users exactly how to do all this. There is almost no barrier to entry that protects a professional photographer anymore except in the high risk/high value areas like professional wedding and sports photographs where an amateur’s mistakes could be catastrophic.

The end of the travel magazine and stock and news photography

Because of all these changes, the role of the glossy travel magazine has been almost completely replaced, firstly by the travel blog, and more recently by the Facebook and Instagram influencer phenomenon. A static glossy magazine review of an exotic locale can no longer compete with endless Instagram or YouTube vignettes of the same location but sprinkled with tantalising insights into the private and personal lives of the influencers, and funded entirely by adverts from the views they generate. And the quality of these travel feeds is often extremely high, because everyone can afford the equipment and techniques to match the professionals.

Stock photography took an absolute nosedive in this environment. In 2006, the average royalty income per image sold by Getty (the largest of this stock photography agencies), was $280. By 2017, this had dropped to about $4 per image – a gap that could not be possibly be covered by increasing the volume of images licensed.

Similarly, almost every major newspaper has either removed or dramatically downsized its roster of professional photographers, because action shots of events around the world are far more commonly captured by the camera phones or digital cameras of enthusiastic local amateurs.

Wedding, real estate, fashion, and corporate work remains, but the market is a shadow of its former size.

Where did the pros go?

The cream of the crop professionals who made their money from the remaining sectors of commercial photography are still around, albeit under pressure. The middle tier is on the verge of extinction, however. Many professionals moved to supplement their declining commissioned work in the last 10 or 15 years with education or instructional photographic tours with parties of enthusiastic amateur photographers who wanted to improve their technique. This very useful source of income along with other education income streams gradually became the mainstay for many professionals. But all this has been devastated by the Covid crisis, which has killed at least 12 months of photographic tours and left an entire generation of professional photographers almost completely without income. It’s an incredibly tough period for them, and many are leaving the business entirely.

Should we be bothered?

All around the world digitisation has led to to job losses, while overall, employment has stayed steady or even increased. Professional photography is just one of these examples and it’s a trend that is as unstoppable as the effect of online retail on the high street, or any other impact of the internet. Should the decline of the professional photographer be a matter of regret? In my view, yes. In the old world we enjoyed an expertly curated selection from the work of supremely competent and visionary professionals,. As a result, we got to see a small number of memorable images. Today a vastly greater number of even more outstanding photographs are being taken. But they are far less distinctive amongst the rest of the dross that endlessly spills out. It is as though a champagne lover was being continuously sprayed with hundreds of gallons of Lambrusco, along with a bottle of Krug every second week. It’s inevitable, but also regrettable . 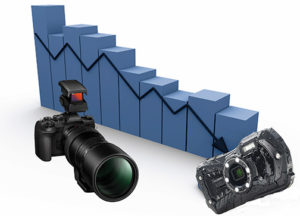 Two powerful trends are currently turning the established camera manufacturers inside out and upside down.  These unique business conditions are creating a challenge for almost every manufacturer, and it is… 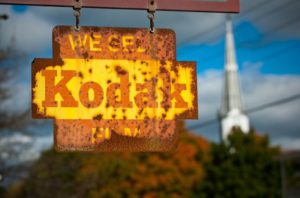 YouTube has become the primary medium for potential camera buyers to get information. Manufacturers have recently focused their attention for new announcements almost exclusively on YouTube pundits. However YouTubers need…