I currently own both the Olympus OM1 and the Nikon Z7. Recently, while waiting for my OM1 to arrive, I spent a week in Cornwall doing long exposure photography of the sea and waterfalls with the Z7. I was struck by how primitive the Z7 was compared to Olympus cameras for this kind of work, and in this post I describe the differences between a full frame mirrorless camera from a traditional company such as Nikon and Canon, and the much more modern computational photography used by the new OM1 (and it’s predecessors) in long exposure photography.

The exposure time used for LE of moving water depends on the speed of movement. This is my usual set of times:

For those not familiar with LE shooting, the typical process for rivers, waterfalls and seascapes for a camera such as the Z7 is as follows:

Although the Z7 has in-body stabilization, it is not sufficient to enable sharp images to be taken at 1/6 s or slower with my 24-200mm Z Mount lens. On the other hand, the equivalent Olympus Pro 12-100mm (or 24 -200mm in full frame equivalent terms) has 8 stops of stabilisation with the OM1 body, and can take shots of up to one second that are super sharp So a tripod is not needed for the OM1 for almost all situations involving fast moving water. A tripod is always needed for the Z7.

The only way to enable the Z7 to take long exposure shots is to attach physical ND filters. I use the excellent K&F concept magnetic filters, which are a vast improvement over screw in circular filters and a light year better than 100×100 filters in holders, like the “Big Stopper”. However it’s rare that a single filter suffices, and a combination of a 10 stop and 6 stop or 4 stop is often needed.

Swapping filters to get the right exposure time, particularly in fast fading or increasing light (at sunset or sunrise) is tedious, and fraught with risk of dropping filters in the process. However, the OM1 (and the EM1ii and EM1x) has computational ND filters built in. This is a huge benefit over the Z7, because for fast moving water, no physical filter is needed (the OM1 can provide up to 6 stops of ND), and as no tripod is needed either, the whole process is fast and accurate.

There is literally no comparison between the two systems for this scenario. With the OM1, it’s possible to pack the camera and a single lens and go hiking with the ability to take LE shots of the sea and waterfalls that are in every way the same quality as with a full frame camera. On the other hand with the Z7, you need both a tripod and filters, so taking the same shots during casual or fast trekking is pretty much out of the question.

For longer shots such as 2m or 6m, the OM1 will need an additional physical filter and a tripod. The huge bonus of the Olympus is that the built-in live ND mode offers a fully variable filter from 0 to 6 stops. Adding a 10 stop physical filter means that you have a variable ND system from 10-16 stops without having to change out filters again, which means you can run from pre to post sunrise or sunset without having to swap filters.

Switch to bulb or timer mode

Changing from the test shot speed (let’s say 1/200s) to bulb or timer mode on the Nikon Z7)is an irritating mess. It requires 39 clicks on the shutter speed dial to get from 1/200s to the Bulb setting. As a test shot has to be taken frequently in changing light, this is really annoying. On the OM1, you simply rotate the Mode dial from manual to Bulb, and you are instantly there. One click vs 39!

The maximum exposure of the Z7 is 30s, compared to 60s for the OM1. So for exposures of 2m or 6m, a timer will have to be used. Incredibly, the Z7 has no timing facilities of any kind, despite it being trivially easy to provide them. On setting the start of a bulb or time exposure on the Nikon, the screen goes black, and no information of any kind is provided. You have no idea if the camera has died or is taking a shot. After 2 seconds or so a tiny green light comes on on the back plate, but other than that, there is nothing. Nothing! This is camera that has not made it to the 20th century, let alone the 21st in terms of basic facilities.

However, both the OM1 and Z7 are both mirrorless cameras and during the exposure the information is being recorded and is accessible during the shot. The Nikon does nothing with this. Because it’s a 21 century camera, the OM1 on the other hand can be set to show the progress of the shot on the viewfinder or screen during exposure, with a histogram, so it can be instantly seen if the setup was correct, and with the ability to end the shot when the exposure is correct. This means the time taken to get a clean LE shot is always much less with the OM1 than with the Z7.

Ah, confirmed full-frame users will say…..but the LE noise on 4/3s cameras is much worse than on the Z7, so while the Z7 needs no noise reduction (NR) processing, the 4/3rds cameras must use NR, which doubles the exposure time, for example from 6 minutes to 12 minutes. That was true for all Olympus cameras prior to the OM1. But my own testing of dark frame noise shows that the OM1 is the same or better than the Z7 in noise terms for exposures up to 6m. So no NR processing is needed for the OM1 in LE shots.

The great feature of the Z7 is the 47Mp sensor, which provides great detail particularly in crop mode (where however the noise increases and dynamic range is reduced). This is of reduced benefit in seascape and other long exposure photography images. This is firstly because LE photographers (and landscape photographers in general) rarely crop, and instead take great care to frame the image correctly to start with. Secondly, there is zero value in having high resolution captures of blurred water or the sky, which usually comprise 75% of the entire space. Moreover, on a tripod the Olympus can take 80MP images high res , so detail rich areas can be blended in at nearly double the resolution of the full frame Nikon camera if desired.

The classic seascape shot is bright water crashing on to dark rocks, with a sunset or sunrise background. While the Z7 has 1-2 stops of dynamic range (DR) advantage over the OM1 at base ISO, almost no camera can capture the DR between dark rocks and the direct sun in a sunrise or sunset. Multiple bracketed shots will be needed to blend in during post processing for a high quality shot, and then the advantage of high DR disappears.

Moreover the optimum exposure time for the water is rarely the optimum for the sky, so these two are usually different exposures anyway. Long exposures of 2-6m, while great for blurring water, are not effective for the sky as they significantly reduce cloud definition, and at sunrise or sunset, weaken the richness of the colours as the sun changes position. So I always take single shorter exposures for the sky, and capture multiple versions as the sun rises or sets. The highest DR has no advantage here, and in fact the number of non-LE situations where I trust the Z7 to capture the DR of a scene in a single shot is vanishingly small. So for me there is no practical DR advantage in for the Z7 in LE shooting or indeed most other types also.

For long exposure photography of water in landscape and seascape shots, the Nikon Z7 (while being a general lovely camera) is an antiquated dinosaur in terms of usability compared to the OM1, and offers almost no advantages for this type of shooting.

I think almost the same applies to any other camera brand – specifically Canon and Sony full frame and Fuji X crop cameras. While the Canon FF cameras have a bulb timer, and the Fuji X series have a bulb clock, for the rest of the LE process, they are all in the mid-20th century as far as tools for LE work are concerned.

Is the OM1 a big improvement on the EM1x, and can it compete with cameras like the Sony A9? I got my spiffy new OM Digital Solutions OM1 camera in… 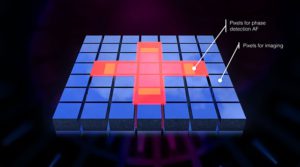 I have always wondered which Olympus Pro lens and teleconverter combination is best for birds in flight (BIF) in terms of focus accuracy. Last year I did some extended tests…

Quick background.  Ball heads are an essential part of the tripod equation if you need to steady your camera for landscape, long exposure or portrait work.  Really Right Stuff (RRS)…