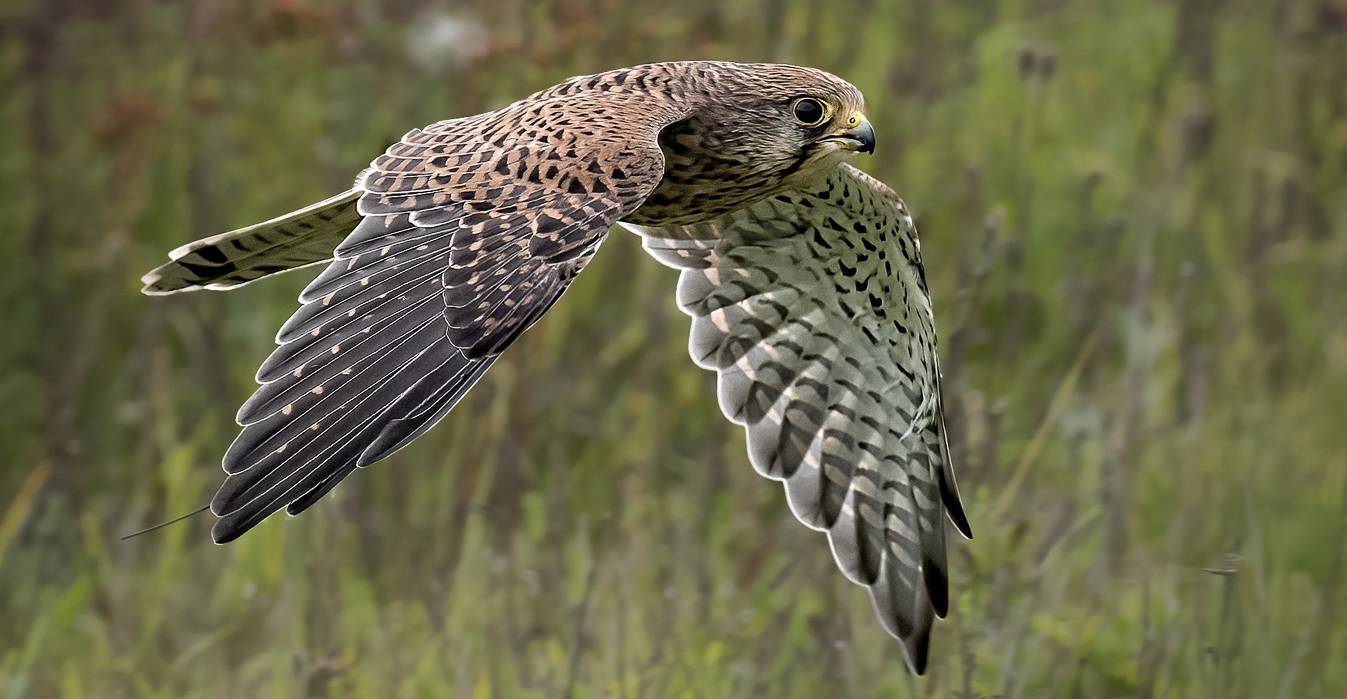 Over the last two years I have been trying to find the camera system that best meets my needs for birds in flight photography, particularly looking at Sony full frame and Olympus four thirds camera systems. I’ve written 10 posts with detailed information on this topic but to find a logical route through them is now something of a challenge for a visitor to the site. This post is intended to be a roadmap that summarises at a high level why for me the Olympus system is so much better, with links to individual posts for the full data and detailed arguments.

Possibly due to my previous career in science research and IT technology strategy I am as interested in the technical aspects of photography as I am in the creative ones. So wherever possible I test and measure camera performance as well as creating hopefully pleasing images. I have bought and tested systems from Nikon, Olympus and Sony for birds in flight, and written about my findings in multiple posts.

The reason I use Olympus is because it is objectively the best of all of these. To be specific, despite an overwhelming pundit opinion to the contrary I have found that Sony full frame and Nikon full frame cameras provide no benefit in high ISO image noise and dynamic range for the type of bird photography that I do, and the lenses that I use. But the Olympus system provides very significant advantages in depth of field, weather sealing, capturing split second movements, and most important of all, lens and body inertia (or speed of movement of the camera system), which is why superb wildlife photographers like Tesni Ward, Petr Bambousek, and Thomas Stirr all use the system.

The mainstream birds in flight system

The testing and analysis I have done is based on the sweet spot for lenses that the vast majority of bird in flight photographers are using, which is affordable zooms or primes in the 100-800mm range.

For the analyses below, I compare an Olympus system using the EM1iii or EM1x and either the fast pro 40-150mm f2.8 pro zoom or the 300mm f4 pro prime lens, to any Sony full frame camera used with the 200-600mm f5.6-6.3 zoom. The latter lens is justly famous and very likely the most successful lens ever made for birds in flight. It’s sharp, lovely to use, and very good value for money. I’ve owned two of them, and I know it well. Nikon has similar contenders with the 200-500 f5.6 which I have also owned, and the 500PF f5.6, but neither are as practical or effective as the Sony.

Why not include exotic primes?

The exotic primes from Sony or Nikon such as the $13,000 USD Sony 600mm f4, are not included because for me and the vast majority of BIF photographers, they are too expensive, heavy, and vulnerable to theft or damage. In addition, they have very high inertia so they can not be swung round or up to instantly follow a bird flight path. In fact they almost always have to be tripod mounted, which then eliminates a wide range of bird movement, including overhead flight. Finally, their very narrow depth of field, usually touted as a benefit, is a serious disadvantage for large birds in flight, as I show in this post.

So now lets get to the crux of the matter, the data. In all cases, I assume the lenses are used wide open at maximum aperture.

The Olympus sensor noise, as tested by DxO is up to 1.3 stops higher than for Sony full frame cameras. However, the 200-600 f5.6-6.3 zoom is between 1.3 and 2 stops slower than the Olympus pro lenses. So in the same shooting situation, the Olympus noise disadvantage is completely cancelled out by the Sony lens speed disadvantage. This is examined in detail here, with photo examples of the two systems at high ISO.

This result applies specifically for telephoto ranges shooting BIF. Most enthusiasts would agree that there is a genuine Sony noise advantage at shorter focal lengths, for landscape and portrait work. Even that advantage is minimal unless the very expensive Sony GMaster lenses are used, as is shown here.

Two Sony full frame cameras commonly used for BIF have very high pixel counts – the A1 at 50mp and the A7R iv at 61mp. These have an undoubted advantage in enabling extra reach, allowing a 600mm focal length lens to achieve 900mm FFE in APSC mode. However almost all users of these cameras assume that the noise in crop mode is the same as in full frame. This is not at all the case. A Sony A1 in crop mode will have the same noise performance as an APSC sensor, like the A6400. Such sensors have identical noise performance to the Olympus cameras. As a result, the faster lenses of the Olympus system means that Sony full frame cameras in crop mode used with the 200-600 have worse noise and dynamic range than the Olympus system by up to 1 stop, as shown in this post.

While the posts above resulted in indignation and disbelief from Sony and Olympus forum users, this was nothing compared to my findings on focus accuracy.

Over the course of 2020, I went multiple times to a birds of prey centre flying display, and took thousands of images to test the focus accuracy of Sony and Olympus cameras, using the Sony A9, the A7R4, and the A6400, all with the 200-600 lens, and compared them to the E-M1x with either the 40-150, or the 300. My conclusion based on extensive analysis of the results, was that in these challenging conditions, the EM1x obtained more in-focus shots that any Sony full frame camera, including the A9. This was a surprise and disappointment to me and I sold or returned all my Sony cameras as a result.

The data for the A9 vs EM1x is here. I wrote a separate post for Sony users with the Olympus comparison left out (to reduce the gnashing of teeth from Sony forum readers) here , and a follow-up analysis of the surprising A9 results here. The data for the A6400 is here. Incidentally, I found the A6400 to be disappointing in many other respects, and wrote about what a miserable shooting experience it provides here. This post is by a huge margin the most popular one on my web site and if I have been able to warn bird enthusiasts off this particular piece of kit, my work may not have been in vain.

Whatever Sony and Olympus forum readers may think, I’m not emotionally attached to, or estranged from, any camera system. I’m only interest in the data and results, and I have owned a ridiculous number of cameras in the quest to find the best fit for my type of usage (56 different cameras since the early 2000s). I will ditch Olympus in a heartbeat if there is a better system, but so far, based on my testing there is no clear better solution in terms of noise, dynamic range and focus accuracy.

The clincher for me is Olympus Pro capture, which enables bird shots that would be impossible with the current Sony full frame cameras (see here for examples), plus the superb camera body and lens ergonomics, weatherproofing (the Sony 200-600 is not weather sealed), manoeuvrability, and systems weight.

I should also make it clear that the data and conclusions above also apply to any full-frame camera from Canon, or Nikon when used with the equivalent lens to the 200-600 Sony. Also, the Olympus noise and dynamic range benefits disappear for non pro telephoto lenses that are not so fast, such as the Olympus 100-400 f5.6-6.3, which while a super lens, locks in the Olympus high ISO noise disadvantage. On the other hand, the latest noise reduction software enable masters like Thomas Stirr to get fantastic results at high ISOs with that very lens.

For the future, while the Sony A1 and the 200-600 are a tempting alternative for increased reach over 600mm using APSC mode, the new OM1 and the wonderful 150-400mm Pro (300-800 FFE) beckon if I am looking for greater range, combined with excellent bird recognition autofocus. So I’m with Olympus/OM for the forseeable future. 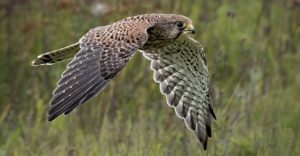 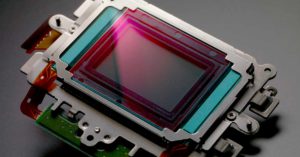 While many photographers are under the impression that the Olympus Pro cameras have poor noise quality, they do not think the same about competitive APSC cameras or full frame cameras… 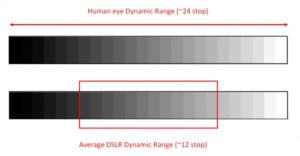 In other articles I have compared focus accuracy and noise between the Sony A9 and Olympus EM1x cameras, This time I’ll look at Dynamic Range on Olympus vs Sony, specifically…